Murphy is 10+ months old now.  Sometimes I think he's actually growing a brain!
He's so smart in some ways...he plays with his toys by 'hiding' them in a box, then digging around searching for them. Its like he likes puzzles and 'thinking' games.

Last weekend I was sewing, and Murphy thought it was fun to hide his toys underneath my sewing machine every time I got up to use the ironing board....and then go searching for him. Silly beast! 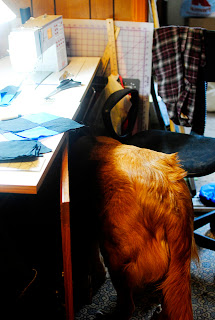 The other day I made some popcorn & dumped the excess in his bowl. It was still hot, but Murphy stuck his nose down in there & started munching. The HOT popcorn surprised him, though. So he started 'snarling' and barking at the bowl, all the while wagging his tale like crazy because he was excited about the snack.   Today, I gave him some popcorn - he was all excited again, grinning (yes, he grins!) and wagging...but this time he waiting, and very carefully checked to see if it was safe to eat. He learned!!! 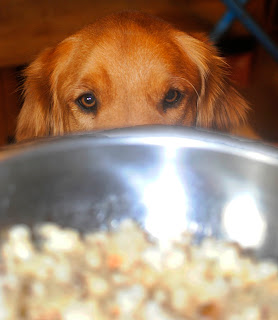 Watching and waiting.
The other night we were RUDELY awakened from a sound sleep by a noxious cloud of doggie-gas.  I thought I was going to DIE from the stench. Blake told me he actually had a nightmare from it...he dreamed he stepped in doggie-poo and couldn't get it off his shoe!!! So I submitted this picture to 'Dog-Shaming.com"  a  really funny website. Don't know if Murphy will actually be featured, but it was pretty funny. 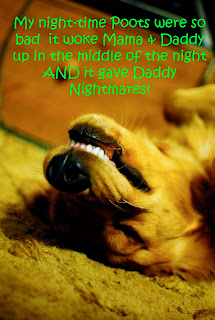 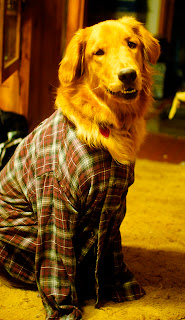 He REALLY likes playing with balloons. This was his first HELIUM balloon.
It lasted about 5 to 10 minutes.... 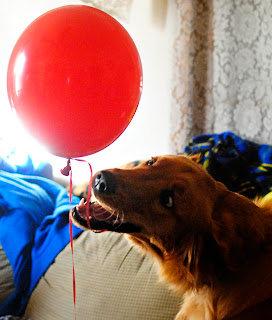 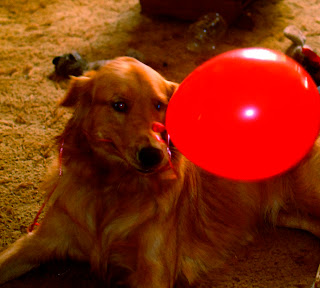 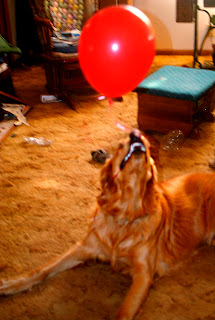 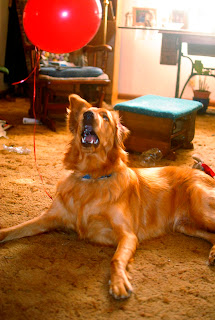 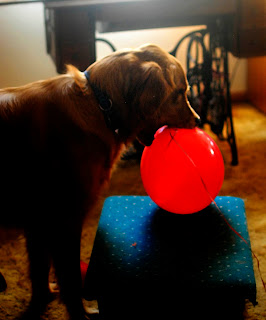 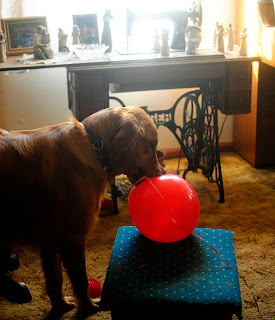 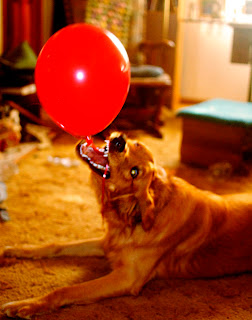 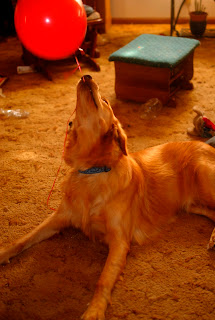 AND finally... Murphy is facinated by FIRE. He thinks its fun to play in.... 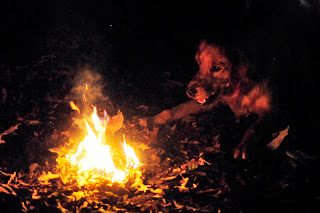 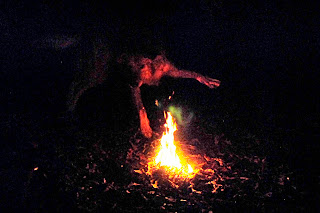 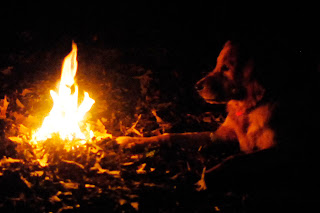 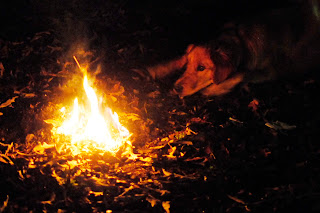 BUT he doesn't care for HOT Sauce! 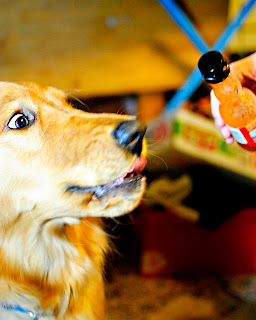