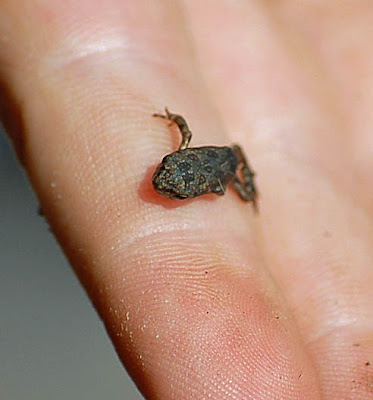 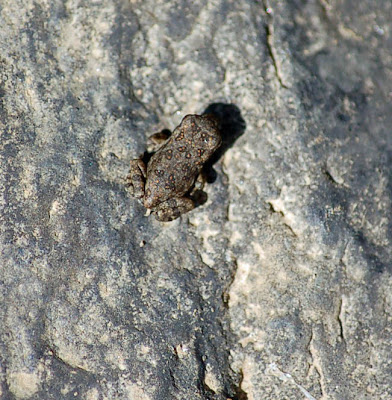 The family decided to go for a little hike at a local state park today. While climbing around on some rocks out in the creek (which is really the size of a river, IMO,) I saw bunches & bunches of these wee tiny little froggies. They were so tiny! The hand holding one in the picture is Cole's small hand, to give you an idea of scale. About the size of my pinkie nail! Maybe they were new froggies... just recently tadpoles? 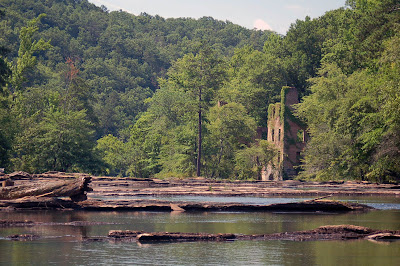 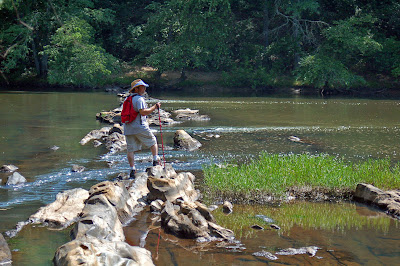 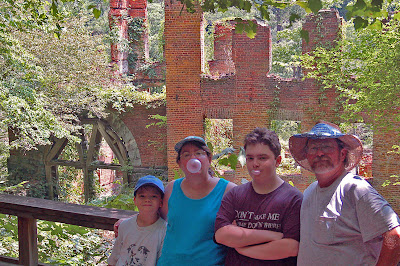 Due to last year's drought (which is still happening, but not quite as dramatic as last year - yet), the water is down. This is a picture of the old historic mill in the park. It dates back to 1845 & was a textile mill (built by slave labor), later used to make uniforms during the Civil War. Union forces put it out of business. Grumpy ol' Yankees!
We left the trail once we got past the old mill ruins & were walking/climbing our way down the creek via rocks which were in the middle of the creek and should have been underwater. The rocks you can see in the mill picture should barely be visible - more like rapids, than dry path ways. Well, it wasn't exactly a pathway...more like a challenging obstacle course at times. I'm VERY happy to say I didn't trip or fall into the creek. Nope, not even once! (I think that's a record! *G*) Riley had some difficulties navigating the rocks, but he managed to keep up. You would think it would be easier for him - having 4 legs and a lower center of gravity. BUT I think he was worried....a thunderstorm built up & gave us a nice shower while we were quite a ways down stream. Riley turns into a quivering wreck every time it thunders. So instead of romping in the water like he usually does, he was rather distracted. He's quite the weather-dog.

So, despite the heat, and then getting soaked in the brief, but cooling rain, we had a nice day hike. Even Ian managed to enjoy himself...grumpy ol' teen.

Houston, We have a problem! 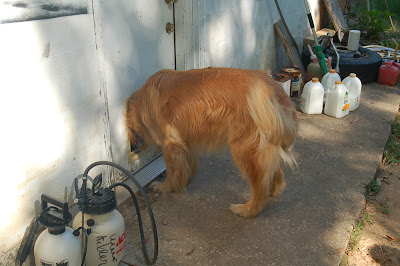 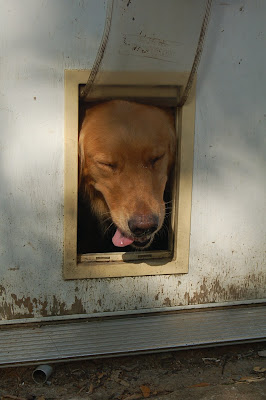 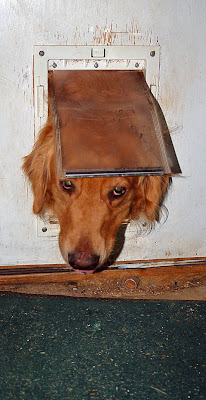 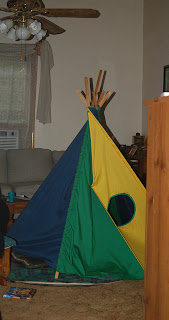 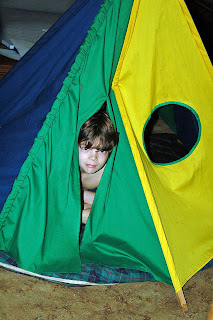 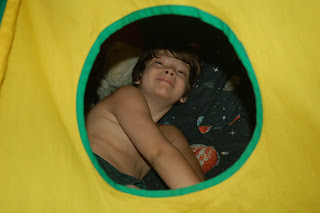 Cole has created a unique place to camp out. He set up the play Teepee in the living room last weekend & has been camped out there ever since. He has "everything he needs"... a nice soft bed (thanks to our sleeping bag), company thanks to a few friendly stuffed animals, a view of the tv, access to the Playstation, his DS is handy, and an easy exit to the kitchen and "outhouse." He's sat in there and read the entire book (abridged/kids version) 'Journey to the Center of the Earth' is less than 24 hours, too! He's determined to keep his big brother OUT of Camp Cole, but I have news for him.... that Teepee belonged to Ian long before he ever played with it.

Camp Cole has some outstanding advantages...it's a lot more economical than other camps because requires no gas to get there and has no fees, you don't get homesick, and Mama can still tuck you in at night, no 'skeeters or poison ivy, and best of all it's available 365 days a year! 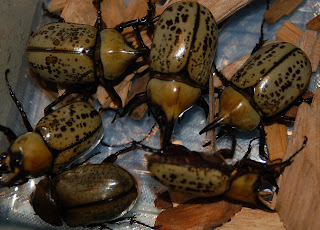 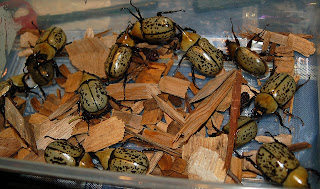 These are just a few of the bzillion rhinoceros beetles
Cole & his cousin found on the playground at work/church this afternoon after VBS. At first they were freaked out by the size and quantity of bugs all around them. They really are HUGE!!! But eventually, that little boy curiosity about all things creepy overcame their fears & the bug-party began. First Cole 'caught' just one. After studying it & learning that they don't bite or sting - he went back for more. This time he ended up with a female & 4 males. Hmmm...must be something irresistible about those 6 creepy legs & that hard body - cause the guys sure liked her! THEN they went back for more bugs.... 13 in all. All crawling around the plastic box like crazy - the males fighting with each other, and the females just trying to deal with the 'friendly' males. That makes 13 bugs X 6 legs=78 legs all making that creepy crawling 'let me out of the box' sound. EWWWW! One persistent beetle keeps getting out of the box. Cole almost stepped on it...which startled him, to say the least. The beetle is almost as big as his foot! Then later I was drying my hands on a dish towel & got a surprise...a big stinkin' beetle clinging to the towel. I'm surprised we didn't have bug nightmares! While all this has been fascinating and educational,... I don't think I mentioned how they stink. It's a real funky smell. The dog & cats literally run from them...all because of their smell. I think these bugs are headed back outside pretty soon! Rhinoceros Beetles....cool, but creepy.

UPDATE I : We let the first box of beetles go, but Cole caught 7 more the next day & brought them home. He wants to 'study them' & see how they change and grow. Ok -that's educational & interesting. We found out the study of beetles is called 'coleopterology' - COLE really liked that name....COLEopterlogy, get it!?! Anyway...everything was fine, the beetles are in a plastic shoe box with a lid. They stayed put all night long, & they seem happy to eat mulberries and grapes Cole provided. The livingroom smelled funky this morning, but I keep telling myself that this is just for a couple of days. BUT now we have a problem. 2 of them have escaped!!!!!!!!!! Cole found one...but we still have a huge stray beetle on the loose in the house. The cats & dog won't have anything to do with them...completely shy away from them. So we know they didn't eat it. All I know is if I step on it...or worse, it crawls up the bed, you'll be hearing about it on the evening news. It will be the scream heard 'round the world.

UPDATE II: I'm happy to say Cole finally found the missing beetle. It had somehow fell into an antique coal holder thingie on the other side of the living room. HOW it got inside the thing, I'll never know. Maybe it climbed up the mantle & fell backwards into it? It couldn't climb back out, so the noise of it's crawling/climbing/crawling gave away his hiding place. (Thank you, Lord!)

I'm even happier to say all the beetles have been banished to the garage. They really stink - so out they went. We'll keep them for a couple more days, then Cole will "release them back into the wild."