Ah, life with man's best friend....  Loyal, loving, devoted, friendly, affectionate, playful and fun. All those describe Murphy. BUT another side of our Goober Hound has emerged lately.  I know it's just a stage ~ kinda like a cross between a toddler and a teen, but WOW!!!   In the last week the destruction count has been:
1 bag of polyfil/stuffing,
2 warhammer figures that Cole paints & builds (one completely crunched, the other glue-able),
4+ clay flower pots & clay pumpkin,
various plants near the front steps have been de-potted and dragged all over the yard,
1 pair sunglasses,
a tacklebox handle,
some aluminum foil,
A sleeve of ritz crackers almost snarfed, but was rescued in time
the last hotdog buns (as we were grilling brats and just about ready to use them,)
AND now, his favorite toy in all the world, Hoggie.
This is NOT including the items items stolen/hoarded & slobbered on.... 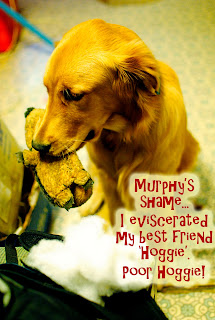 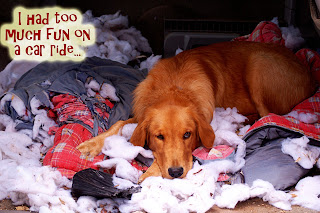 ﻿﻿﻿﻿﻿
I just keep telling myself ~
Puppies are fun.
We love puppies.
We WANTED a puppy.
We paid money for this puppy.
(Money earned on a quilt I worked hard on!)
I'm so glad we didn't name him ' Chewie' like Ian wanted to do.
We LOVE MURPHY!!!!

This too shall pass.

UPDATE 11-3-12
Blake heard Murphy chewing on something. He found him with a disposable razor! But only the handle....where was the razor part???  So we had to take Murphy the Goober-hound to the vet to be x-rayed.   $174.00 later we discover good news - no razor inside the beast.  What a way to spend my day off.... 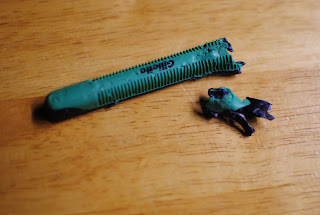 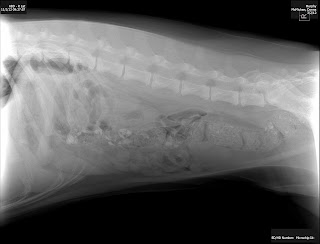 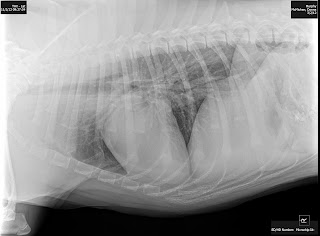 Even the vet called him a goober!

Murphy, the Goober-hound at 6 months

Murphy is now 6 months old, and approx 60+ lbs of crazy, silly puppy nonsense. He's got the body of a 'teen' dog - all legs, clumsy & gawky, with lots of filling out to do before he truly looks like a golden retriever.

He's learned quite a few good things in his time with us....ringing the bells at the front door when he wants to go out, or go for a car-ride with us (more about car-rides in a moment). He can sit, shake/high-five, speak, catch a treat (or pancake) when its tossed in the air, and fetch.  We're working on some other tricks, like sitting up/begging, and catching treats off his nose...and he'll catch on soon.
He's pretty reliable about his house breaking habits now, and rarely has to go out during the night.  He LOVES his toys - especially his 'Hoggie'. Hoggie is a hedgehog that is soft, but makes a crinkly sound, AND a little squeak-like grunt, too.  Murphy & Hoggie are close buddies.

Car-rides.... Murphy LOVE LOVE LOVES to go for car-rides. He thinks he HAS to go with us everywhere.  When Blake takes the boys to school - Murphy is the first one to hop into the van.  When he hears keys, he gets all excited & stands at the door, ringing the bells, 'asking' to go.  And when you say the magic words 'Car Ride!' you better mean it, because he's going!   And when he's gallopping to the car, he's just like a little kid ~ grabbing a toy on the run (usually a stick) to take with him.  When we're going down the road he's always happy to look around and see where we're going....unless he's in the back chewing up a stick, or that old sleeping bag in the back of Blake's van. (TOTALLY destroyed now.)  Murphy also loves to greet the band kids at the high school when we go to band practice to get Cole.

One of the funniest things he does is 'smile' when we come home.  He actually bares his teeth in a full toothie doggie smile!   It looks like he's snarling like a wolf, but it's just his silly doggie smile.   I'm working on teaching him to do it on command, and hopefully get a picture of it soon.  So funny!

On the other hand - Murphy has some other 'interesting' traits/habits....he hoards things. He collects his toys, rags, sticks, shoes, undies, hairclips, hats, gloves, plastic bottles, and worst of all MY GLASSES... just about anything he can get his paws/mouth on & takes it back to his bed in the kitchen.  Some things he plays with and/or chews on, but mostly he just collects them.  Which is a good thing considering how many shoes could have been destroyed it everything he collected had been chewed up.    He recently got a hold of a little canister of Cole's paint.  Luckily, he took it back to his bed & chewed it there...because a big smear & splat of paint on a doggie bed is not big deal, but paint all over the living room carpet would have been a whole different story.    And awhile back he found a little container of glitter...yes, I said GLITTER.  I heard him chewing on something - so turned the light on to see what he had...and discovered a pup AND the carpet covered with sparkling glitter.  I really wish I had stopped to take a picture of it ~ but in the moment, all I could think of was how to get him out of the house without a sprinkle trail of glitter the whole way.   AND, yes, the next day, his poo was shiny and all glittery pretty.  YIKES!  (I couldn't bring myself to do it, so Blake took a picture of it. No - I'm not going to share THAT picture.)


Last week when I was sewing, Murphy came up to me with something in his mouth that looked like a green ball. I thought he wanted to play, so I took it from him and was horrified to see that it was my 'tomato' sewing machine needle pincushion!   It still had machine needles in it, and there was a small pile of needles in the living room. (How did he removed them???)  I examined him - and he didn't appear to have swallowed any needles, but that was scary!  It's like having a toddler around again. 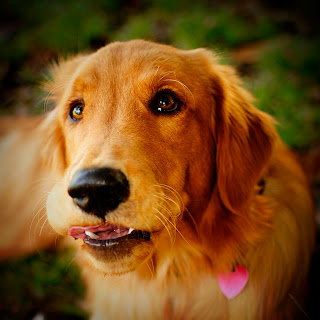 Poor Murphy got stung by Yellow Jackets - look how puffed up & swollen his lip is!


Here are some pictures from a little walk in the yard today with Murphy....