Late April 2003 a very special pup joined our family... Riley  He was my Mother's Day present, even though we picked him up on Ian's 10th birthday-weekend. So whether he was Ian's birthday or my Mother's day present...he was definitely a member of our family.  The ride home with him was memorable because he promptly threw  up on me.  (Ick!)   Upon entering our front yard, he 'hoovered' down a bowl of puppy food, and entered our hearts forever.
Then, he grew and he grew.  We didn't know how big he was going to end up being! He just kept growing like crazy.   He ended up being HUGE for a golden retriever - 100lb, and taller than me, if he put his paws on my shoulders & stretched his nose up!   While he was a giant dog, he was also a gentle, sensitive dog.  Silly, bouncy and rambunctious in his younger days - but always sweet and gentle with people....especially kids.
This was just the beginning of a relationship that spanned 9 wonderful years.  Riley went camping and fishing with us. He made trips to Florida to see family. He was often included in our Christmas card pictures....he was always MUCH more cooperative than the boys when it came to taking pictures!   He was included in almost every aspect of our lives.  There is no doubt, he was a member of our family.

Riley loved to sleep underneath our bed.  He was MUCH too big for his - but found a way to crawl, squirm and wiggle 'commando style' underneath it every night.  Then he would proceed to snore the night away. Sometimes I couldn't tell if it was Riley or Blake snoring! They sounded so much alike.   And then there were those nights when he would dream...and howl in his sleep.  Oh the most mournful sound would eminate from underneath the bed...Aaaahh-ooooooooooooooooooooo.  He never howled while awake, only while asleep. I always wondered what he dreamed about.

Some of his silly tricks were so funny. His toys were called 'ducks' because his first toy was an 'Afflak' duck.  If you hid a duck in Cole's backpocket, he would run & chase Cole trying to get it...with us laughing the whole time.   He could catch doggie biscuits and pancakes off of his nose. He loved pancakes - because he knew he would always get the leftover 2 or 3. He could 'speak', shake hands, sit, and 'say please'/sit up beg.  He gentle manner and silliness made him friends with everyone who ever met him.   Even people who never met him 'knew him', thanks to pictures on Facebook, our stories about him, and this blog.  He was loved by many....especially us. 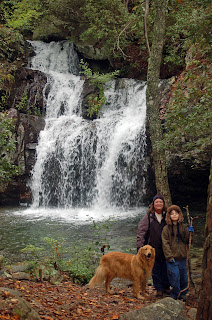 Sadly, Riley's life with is ended last Monday.  He got sick. We tried everything we could do to help heal him, but it just wasn't meant to be. His heart was hugely enlarged, and also possible cancer issues inside all made it too much.  So the hardest decision we ever had to make was made.  But this decision was also a gift to Riley. He left us in a quiet, loving gentle manner, and fully embraced by love.   So the dog with a huge heart full of love and fun, died because his heart was too big.

Here's are some pictures of our dear Riley because we want to remember him and the joy he brought to our lives.... 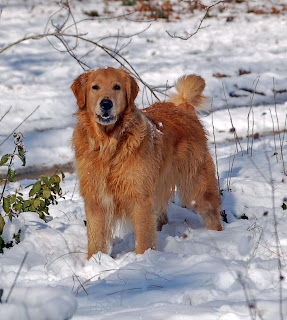