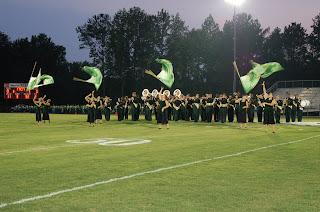 Ian, aka 'Beans' senior year has been full of fun, so far. The football team is currently 2-0, which is a first for LSHS! The previous years records were 1-9, and 1-9, so we're just not use to winning. Therefore, the band kids have been rockin' & rollin' in the stands. The energy, enthusiasm, and adrenaline have been running high. Here's a few pictures of the fun....
Our first game Lithia Springs vs Haralson Co. 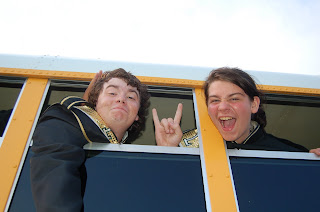 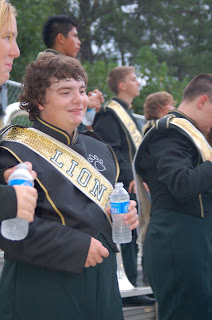 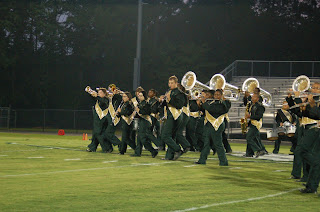 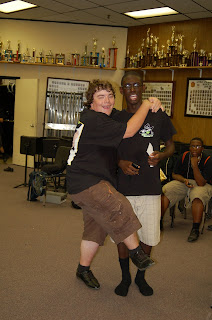 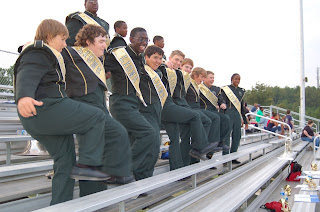 And our second game against Cedartown.

The guys of the 'Combat Wombats' (the name they gave themselves when they played paintball together), were having a blast doing a 'kick line' - what they lack in grace, skill and coordination is fully made up for in their over the top enthusiasm, and they bellow BAZINGA at the end of every fight song ~ it's hysterical. I love watching them just totally enjoying the feeling of winning. WAHOO! 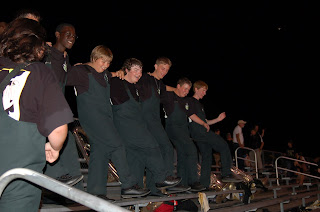 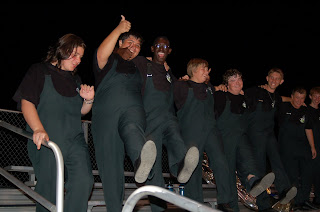 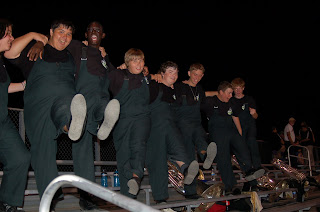 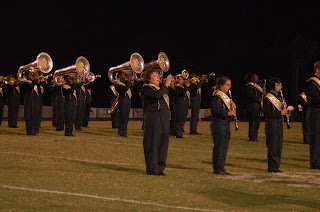 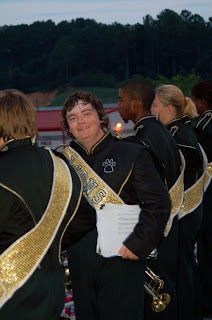 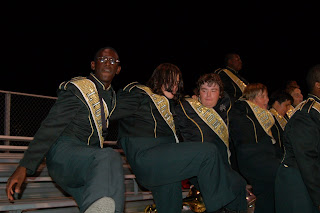 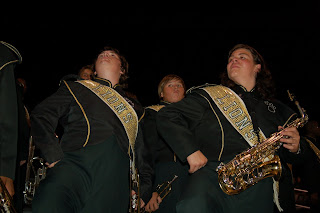 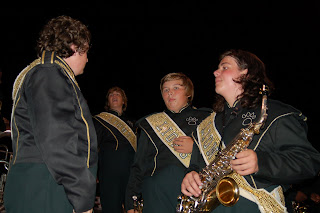 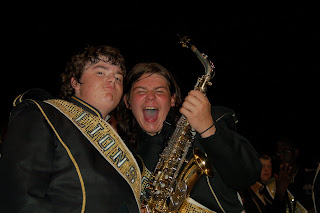 Ian has also been playing bass with the FBCLS Youth Band. While he doesn't necessarily appreciate us taking his picture, he has been enjoying himself. 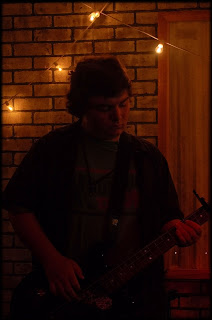 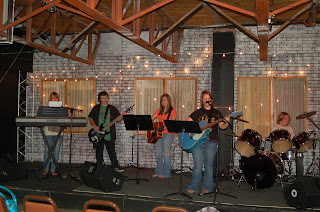 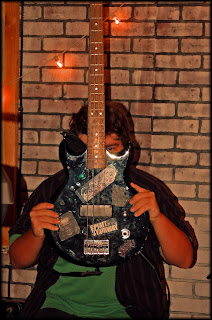